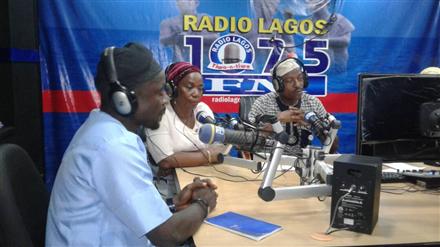 inform the general public about Rotary and it’s Activities

Day 1 (July 10th, 2018): The President and the club Secretary appeared on a live radio pre-sensitization programme to inform the public on the next day medical outreach in Isheri community.

Day 2 (July 11th, 2018): The President and the District Governor appeared in a live radio programme to inform the general public about Rotary and the day’s ongoing medical outreach in Isheri Community. The programme was featured in English and local language (Yoruba). The President, District Governor and other members of RC Gbagada moved to Isheri to observe and took part in hands-on activities (Polio immunization, drug dispensing, Mosquito nets distribution, etc) at the venue of the medical outreach. In the afternoon, the District Governor and the President appeared in a live TV programme during which clips of the ongoing medical outreach were aired. Another opportunity to re-emphasize the objects of Rotary The 2 radio & TV programmes had phone-in segment from members of the public.