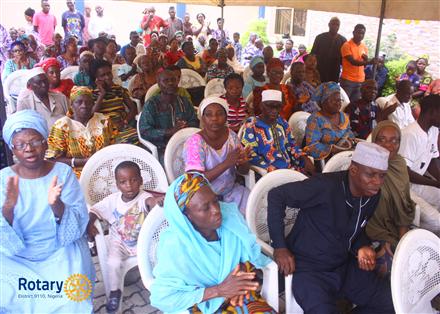 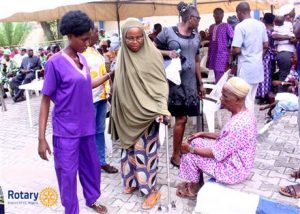 The District offered its premises, publicized the event in both print and broadcast media while Eye Foundation provided the administrative staff for collation of records, and Rotary Club of Gbagada paid the medical staff for the screening exercise of the over 600 men and women that showed up during the two-day exercise at the end of which 230 were found to need cataract surgeries and the Eye Foundation Hospital took over their management exclusively free as promised. Other patients that needed either glasses or eye medications were subsequently referred to appropriate eye hospitals.

In summary, the District contributed to the blindness prevention programme by collaborating with Eye Foundation Hospital for the free cataract surgeries.