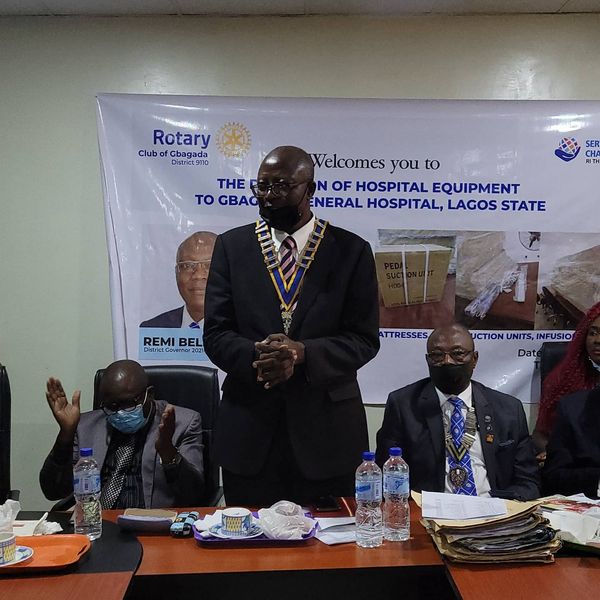 we were received by the the Medical Director and his team.

Donation of medical equipment to the Gbagada General hospital. Led by the President Bayo Erinle and DG Remi Bello and other members of Rotary Club of Gbagada.

Letter of appreciation from the MD Gbagada General Hospital to Rotary Club of Gbagada. Appreciating the relationship between the hospital and the club over the years. 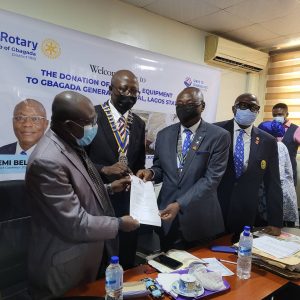